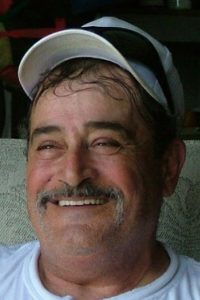 Paul David Hargrove, Sr, 72, born September 6, 1947 in Oceanside, CA, passed away on Thursday, February 20, 2020 at his home in New Athens, IL with his family by his side.  He worked for 31 years as a boilermaker out of Boilermakers Local 27 in St. Louis, MO. He was also a member of the New Athens Sportsmen’s Club and the Midstate Bass Anglers.

Paul was preceded in death by his parents; Clarence E. and Patricia (Savoy) Hargrove and 1 brother; Buddy R. Hargrove.

Condolences to the family may be expressed online at www.heilshuessler.com.

Visitation: Friends may call from 1 to 5 p.m. on Saturday, February 22, 2020 at Heil-Schuessler Funeral Home in New Athens, IL.

Funeral: Funeral services will be held at 5 p.m. on Saturday, February 22, 2020 at Heil-Schuessler Funeral Home in New Athens, IL.