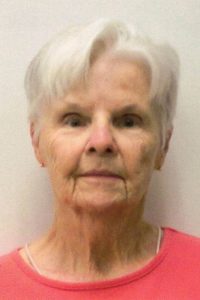 Pat was also preceded in death by her parents and brother.

Mrs. Rees was a member of Our Lady of Lourdes Catholic Church, St. Ann’s Altar Sodality, Sparta Community Hospital Auxiliary, Sparta VFW Auxiliary, and a volunteer with Hospice of Southern Illinois.  She was a grocery clerk on the Broadway Plaza in Sparta for over 20 years, a CNA at Sparta Hospital, a clerk at Wrights Do It Center, and most recently she was an avid participant and volunteer at the Sparta Senior Center.

Memorial Contributions may be made to the Randolph County Humane Society or Hospice of Southern Illinois.

The Visitation for Mrs. Rees will be held at Heil-Schuessler & Sinn Funeral Home in Sparta on Saturday, January 28, 2023 from 9:00 to 11:00 a.m.  Memorial Services will begin at 11:00 a.m. with Father Iuvenis Iheme officiating.  Interment will take place at Caledonia Cemetery in Sparta, IL.