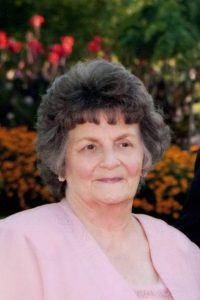 Nora Lucille (Hood) Lively, 84, of Sparta, IL; born on December 14, 1937 in Coulterville, IL the daughter of Richard Paul and Emily Irene (Morgan) Hood; passed away on Tuesday, May 24, 2022 at home surrounded by her loving family.

Nora married William John Lively on April 16, 1955 in Sparta, IL and he preceded her in death on August 20, 2012.  Nora was of Baptist faith.  She was a retired Social Services Worker and Children’s Advocate.  Nora was an excellent cook and greatly enjoyed hosting family holiday dinners.  She was an avid card player and enjoyed playing pinochle with her friends and family.

Nora was preceded in death by her parents, husband, one daughter – Emily Marie Lively, one grandson, William O’Donnell, two brothers – Richard “Dick” Hood and Larry Ray Hood, one brother in law, Harry Lively and a sister-in-law and her husband, Lois Ann and Dale Heggemeier.

Memorial contributions may be made to Fairview Cemetery Fund in Sparta, IL.  Checks may be sent to P.O. Box 144, Sparta, IL 62286 or Heil-Schuessler & Sinn Funeral Home in Sparta, IL.

Visitation will be held at Heil-Schuessler & Sinn Funeral Home in Sparta, IL on Saturday, May 28, 2022 from 10:00 a.m. to 12:00 p.m.  Funeral services will begin at 12:00 p.m. with Pastor Bob Wittenborn officiating.  Interment will follow at Fairview Church Cemetery in Sparta, IL.