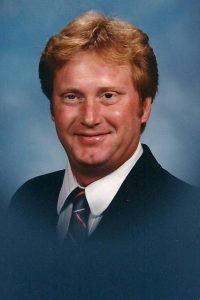 Neal A. Middendorf, 58, of Marissa, Illinois, born on August 19, 1954 in Red Bud, Illinois, passed away with his family by his side on Saturday, February 2, 2013. He was a member of St. Agatha Catholic Church, United Mine Workers Local #1870 and a member of Sheet Metal Workers Local #268. Neal, along with his son Travis, owned and operated Neal’s Heating and Cooling, Inc. in Marissa, Illinois for over 20 years.

Neal was a generous man with a great sense of humor. His Catholic faith was very important to him, as was his family. He instilled in his children hard work ethics. Neal was gifted with woodworking skills, he was an avid Mopar fan, enjoyed cooking for the family on Sunday afternoons, watched “Gunsmoke” reruns and did a darn good John Wayne impression.

Neal was preceded in death by his father, Hugo F. Middendorf, sister, Sharline and an infant brother along with father-in-law William “Bill” Vandiver.

The family would like to express gratitude to Dr. William Chapman, Dr. Erin Maynard and Dr. Benjamin Tann, and the staff at Barnes-Jewish Hospital for their dedication and care and also the love and care given to Neal and his family at the New Athens Home or the Aged, New Athens, Illinois. He had been diagnosed with Cholanfiocarcinoma in June of 2012.

Memorials in honor of Neal’s life are appreciated to the Macke Senior Center in Marissa, Illinois, St. Agatha Parish or New Athens Home for the Aged, New Athens, Illinois.

Funeral: A mass of Christian Burial will be held at St. Agatha Catholic Church in New Athens, IL on Wednesday, February 6, 2013 at 10:00am with Father James Nall officiating.