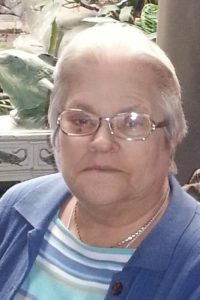 Mrs. Winkler was a homemaker. She was loved by everyone who knew her. She had a heart of gold and could see the best in everyone.

She was proceeded in death by her husband – Leonard J Winkler, June 18, 2012, whom she married on December 31, 1966, in New Athens, IL, her parents – Ralph and Sadie, nee Suemnicht, Brandenburger, brother – Ivan Brandenburger and brothers-in-law – James Schwartz and Leroy Hesse.

Visitation: An informal gathering of family and friends will be held from 4 to 6 p.m. on Sunday February 27, 2022, at Heil-Schuessler Funeral Home in New Athens, IL.

Funeral: In keeping with Myra’s wishes, cremation was to take place with no formal services to be held.

Private interment of Mrs. Winkler’s ashes will be held at Oakridge Cemetery in New Athens, IL at a later date.