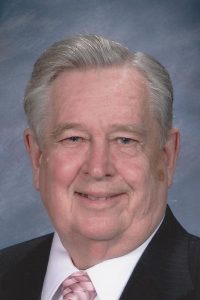 Mr. Haefner was an aerospace engineer who retired from McDonnell-Douglas after 33 years of service. He was a member of St. Agatha Catholic Church in New Athens, IL.

He is preceded in death by his parents – Milton and Lucille, nee Mueller, Haefner and also by his wife, Barbara, nee Haubrich, Mohr-Haefner

Services: A Mass of Christian burial will be held at St. Agatha Catholic Church in New Athens, IL on Thursday, November 15, 2012 at 10:00am with Father James Nall officiating.