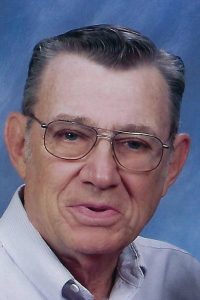 Mr. Dressel was a lifelong farmer and loved the land.  He was a United States Army Veteran and Purple Heart recipient serving in the Korean War.  In October of 2013 Milton went on the Honor Flight, it was an experience that touched him deeply.  He was a member of Friedens United Church of Christ.  He was also a member of Marissa Masonic Lodge 881, VFW, St. Clair County Farm Bureau, Honorary Chapter Farmer of the Marissa FFA, Past President of the St. Clair County Extension, Past Board Member of the Illinois Polled Hereford Association.  Mr. Dressel also served as a former trustee of the Lenzburg Township.  Milton was an avid and talented woodworker.

He has gone on to join the love of his life, his wife, Dorothy Jean, nee Juenger, Dressel whom he married on November 13, 1954 in O’Fallon, IL and who passed away on August 19, 2016.  He was also preceded in death by his parents – Oliver and Mary, nee Hesse, Dressel.  One brother – Lester Dressel.

Memorials may be made to Friedens United Church of Christ or Family Hospice.

Services: Graveside services will be held at the Marissa Township Cemetery in Marissa, IL on Friday, October 26, 2018 at 11:00am with Rev. Don Wagner officiating.

A gathering to celebrate Milton’s life will be held at Heil-Schuessler Funeral Home in Marissa, IL on Friday, October 26, 2018 from 4:00pm to 7:00pm.