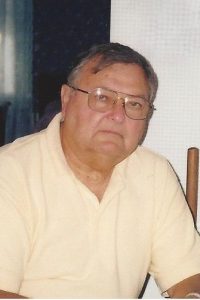 Melvin was preceded in death by his wife Virginia “Mac” (Albers) Gaubatz whom he married on May 7, 1957 in New Athens, IL and who preceded him in death on March 31, 2013; and his parents; Gustav and Ella (Bollmeier) Gaubatz.