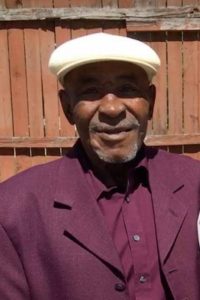 Mac loved watching westerns and the news.  He was an avid football and Cardinals baseball fan.

Mac was preceded in death by his father – Willie Jackson and son – Marcus Fenton.

Family and friends may gather at the Christ United Baptist Church in East Saint Louis, IL on Saturday, March 12, 2022 from 12:00 to 1:00 p.m.  The memorial service will be held at 1:00 p.m. with Russell Tate officiating.