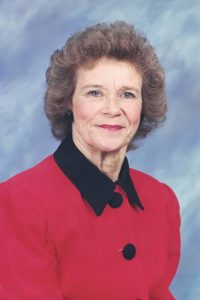 Maurine, 81, passed away peacefully with family by her side in Coulterville, IL, following complications from a fall and a battle with dementia.

Maurine attended high school in Sparta Illinois and worked as a CNA at Pinckneyville Community Hospital and then as a worker at Gilster Mary Lee in Steeleville, IL. She also volunteered her services as an EMT in Coulterville, IL.

Her interests included many years devoted  to being a Girl Scout leader, playing in card clubs, sewing, cooking, board games, reading the Bible and spending time with family and friends.

A celebration of life gathering will be held from 9:00am-12:30 pm on Wednesday, June 30, 2021 at Heil-Schuessler & Sinn Funeral Home in Sparta IL. Friends and family can get together and remember all the good times they shared with Maurine.

In lieu of flowers, donations can be made to the Shriners Hospital in St. Louis, MO, the American Heart Association or the American Cancer Society.