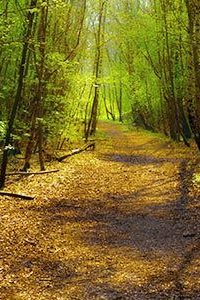 In 1940, Mary and husband built Peacock Site Tavern in rural New Athens which she operated until she sold the business in 1981. She was an excellent cook and will always remembered for her delicious fried chicken, fish, and homemade ravioli. After several years of retirement, Mary returned to cook for the new owners from approximately 1986 to 1996.

Mary lived independently until 2007 when she chose to move to the New Athens Home for the Aged. She was very active. She loved to read, work puzzles, quilt and watch Cardinals games.

She was preceded in death by her husband, Joseph, who died November 10, 1966; her parents; Bernhardt and Mary (Hornecker) Dittmer; her sisters, Mabel and Clara; her brothers, Walter, Benjamin and Henry and a nephew.

She is survived by her nephew, Leland Miller, and a niece, Marilyn Griffin, both of Quincy, IL, great nieces and nephews as well as many friends.

Services: A memorial service will be held at 1:30 p.m. on Thursday, August 14, 2014 in the chapel at the New Athens Home for the Aged, 203 South Johnson St., New Athens, IL with the Rev. John Lukomski officiating.