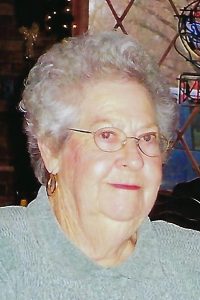 She was preceded in death by her parents, husband – Clyde John Fauth, whom she married on August 30, 1953, in Corinth, MS, a brother – Charles (and the late Roxie) O’Rear, daughter-in-law – Mary Sue (Steinheimer) Fauth, sister-in-law – Betty Eggemeyer and two great granddaughters – Brooke and Piper Cahoon.

Memorials may be made to Friedens United Church of Christ in Marissa, IL or to Vitas Hospice.