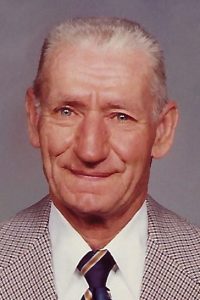 Mr. Galle was a farmer.  He was a United States Army Veteran and worked at Scott Air Force Base after his service in the army.  He was a member of Friedens United Church of Christ.  Mr. Galle was also a member of the Disabled American Veterans, the Veterans of Foreign War and the Cattleman’s Association.

He was preceded in death by his parents – William and Emma, nee Albers, Galle.  His wife – Alberta, nee Triefenbach, Galle.  One brother – Albert Galle.  One sister – Viola Kraus.

Memorials may be made to Friendens United Church of Christ.

Funeral: Services will be held at Heil-Schuessler Funeral Home in Marissa, IL on Wednesday, January 29, 2020 at 12:00noon with Rev. Brett Palmer officiating.