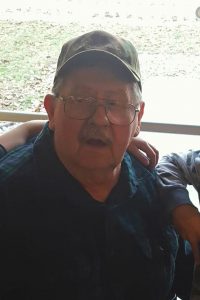 Mr. Haefner was a retired truck driver for ABF. He was a United States Army Veteran. He was a member of the Teamsters and the New Athens Sportsmen’s Club. Marshall loved to ride his motorcycle.

He was preceded in death by his father – Carl Roy Haefner. His mother – Edythe, nee Wilson, Waeltz. His stepfather – Albert Waeltz.

Funeral: Services will be held at Heil-Schuessler Funeral Home in New Athens, IL on Wednesday, March 15, 2017 at 11:00am with Rev. Dr. Robert Koch officiating.

Interment: Burial will be held in St. Peter United Church of Christ Cemetery in Lenzburg, IL.