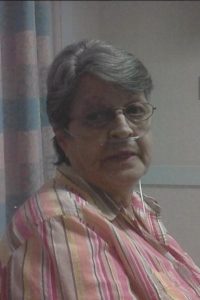 Mrs. Meister was a homemaker and also worked as a bartender and cook at various locations in and around New Athens. Marsha loved her family and her life revolved around her children and grandchildren.

She was preceded in death by her parents – Marshall and Thelma, nee Brittin, Williams.

Funeral: Services will be held at Heil-Schuessler Funeral Home in New Athens, IL on Tuesday, November 18, 2014 at 10:00am with Father James Nall officiating.