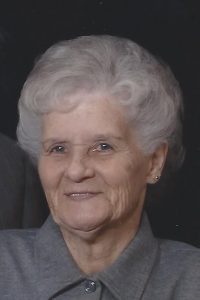 She was preceded in death by her parents – Cary and Margaret (Roberts) Gilmore and her beloved husband to whom she was married for 70 years, A. Lischer whom she married on March 4, 1944 in Belleville, Il and who died on June 27, 2014, 1 brother and 1 step-sister.

Marjorie is survived her children; Norris (Karen) Lischer of Temple, TX and Diane (Bob) Smith of Ballwin, MO, 7 grandchildren, 19 great grandchildren. She is also survived by 1 brother and 2 sisters.

Memorials may be made to the American Cancer Society and the Alzheimer’s Association.

Visitation: Friends may call at Heil-Schuessler Funeral Home in New Athens, IL on Saturday, November 12, 2016 from 10 to 11 a.m.

Funeral: Services will be held at Heil-Schuessler Funeral Home in New Athens, IL on Saturday, November 12, 2016 at 11:00 a.m. with Rev. Scott Tyler officiating.

Interment: Burial will be held at Oakridge Cemetery Cemetery in New Athens, IL.