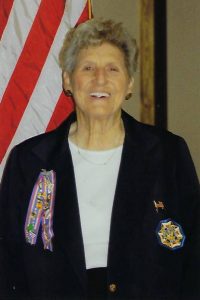 Marian J. “Tootie” Steinheimer, nee Sweitzer, age 87, of New Athens, IL, born August 26, 1932 in Cobden, IL, passed away on Tuesday, August 4, 2020 at the New Athens Home for the Aged in New Athens, IL. Mrs. Steinheimer was a homemaker. She was a longtime member of VFW Post 7710 Ladies’ Auxiliary in New Athens, an avid gardener and a former Girl Scout and Boy Scout leader.

She was preceded in death by her parents; Marion and Minnie (Hicks) Sweitzer, husband; Wilmer H. “Steinie” Steinheimer, whom she married on May 14, 1955 in Cobden, IL and who passed away on September 5, 2018, one daughter; Mary Sue Fauth, one daughter-in-law; Cathie Steinheimer, two sisters and one brother.

Funeral: A private family graveside service will be held.