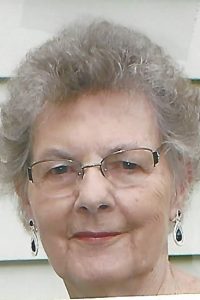 Mrs. Liefer and her husband owned and operated Merl and Maggie’s Food and Liquor in New Athens for many years. She was a member of St. Paul Lutheran Church where she was a former member of the Women’s Guild. Maggie was a member of the VFW 7710 Auxiliary where she served as a past president and past treasurer. She was also the owner and operator of Maggie’s Fashions For You Dress Shop. Maggie loved to travel and visit casinos and she operated Maggie’s Tours for 6 years. Most of all she was a loving wife, mother and grandmother. She loved to cook for her family and friends and was famous for her peach pies.

She was preceded in death by her parents – Lawrence and Hazel, nee Heinz, Stork. Three brothers. One granddaughter – Deanna Steinwagner.

Memorials may be made to Hospice of Southern Illinois or the American Alzheimer’s Foundation.

Funeral: Services will be held at St. Paul Lutheran Church in New Athens, IL on Monday, March 21, 2016 at 11:00am with Rev. John Lukomski officiating.