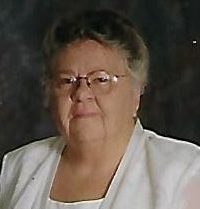 Mrs. Barton was a home healthcare worker. She was of the Christian faith. Lorraine enjoyed singing, quilting and fishing. She was also known as the “golf cart granny.”

She was preceded in death by her parents – Edward and Frederica, nee Koelling, Howard. Her husband Franklin Barton, Sr. whom she married on September 8, 1951 and who passed away on June 11, 2003. One son – Franklin Barton, Jr. One brother – James Howard.

Visitation: Friends may call at Heil-Schuessler Funeral Home in Marissa, IL on Wednesday, November 8, 2017 from 9:00am to 11:00am.

Funeral: Services will be held at Heil-Schuessler Funeral Home in Marissa, IL on Wednesday, November 8, 2017 at 11:00am with Pastor Brian Bodendieck officiating.