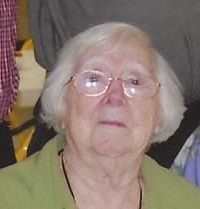 Mrs. Birkner was a homemaker. She was a member of St. John United Church of Christ in New Athens, IL and a member of the Farm Bureau.

She was preceded in death by her parents Louis and Carolina, nee Groment, Waeltz, her husband Harold E. “Hap” Birkner and two brothers and two sisters.

Funeral: Services will be held at Heil-Schuessler Funeral Home in New Athens, IL Tuesday, June 18, 2013 at 10:00am with Rev. Dr. Robert Koch officiating.

Entombment will be held at Valhalla Gardens of Memory and Mausoleum in Belleville, IL.

Memorials: Memorials may be made to Passages Hospice or St. John United Church of Christ.