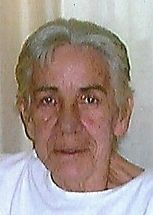 A loving wife, mother, grandmother and great-grandmother. She retired after working for many years as a cook at the White Lantern Restaurant in Marissa.

She was preceded in death by her husband Henry “Glen” King Sr. An infant son Henry G. King Jr. Her parents – Thomas L. Hayden and Frances A. Kane and one sister Elizabeth “Becky” Jones.

Funeral: Services will be held at Heil-Schuessler Funeral Home in Marissa, IL on Saturday, November 2, 2013 at 10:00am with Rev. Phillip Easton officiating.