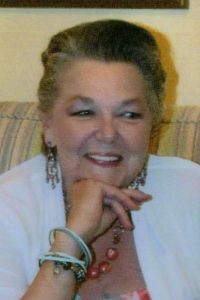 Mrs. Dashney worked as a laborer for Illinois Power and the Baldwin Power Station. She was the first female laborer hired at the Illinois Baldwin Power Plant. Linda raised dogs and was an avid animal lover. Linda was the owner of Mama Mia’s Pizzeria in Sparta during the mid 1980’s. Linda was known for her generosity, thoughtfulness and ability to make a friend everywhere she went.

She was preceded in death by her parents – Jack and Kathleen, nee Brashears, Stanley.

Memorials may be made to the Shriners Children’s’ Hospital.

Funeral: A memorial service will be held on Wednesday, July 24, 2019 in the First United Methodist Church of Sparta, Illinois at 6:00 p.m. with Pastor Jerry Haley and Rev. Beverly Wilkes-Null officiating.