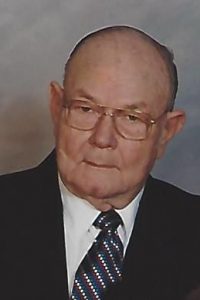 Mr. Buettner owned and operated a TV and Appliance Repair and Sales store in New Athens for many years. He was a United States Marine Corp Veteran. He was a member of St. John United Church of Christ. He was a member of American Legion Post 581 in Columbia, IL. Lewis was an avid collector of vintage toy cars and enjoyed showing them.

Memorials may be made to the New Athens Ambulance Service or the American Legion Post 581.

Funeral: Services will be held at Heil-Schuessler Funeral Home in New Athens, IL on Saturday, April 29, 2017 at 10:00am with Rev. Dr. Robert Koch officiating.

Interment: Burial will be held in Mount Evergreen Cemetery in Millstadt, IL.