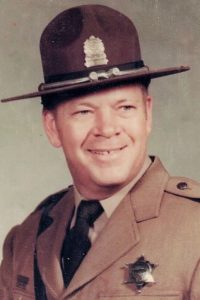 Mr. Kirkpatrick was a retired Illinois State Trooper. He was a United States Army Veteran serving during the Korean Conflict. He was a member of the Illinois Fraternal Order of Police. Lester was an gifted woodworker and artist. He also greatly enjoyed watching wrestling matches.

Memorials may be made to the Shriner’s Children’s Hospital.

Funeral: A memorial service will be held at the Marissa Township Cemetery in Marissa, IL on Friday, December 12, 2014 at 1 p.m. (This is a corrected time due to last minute scheduling).