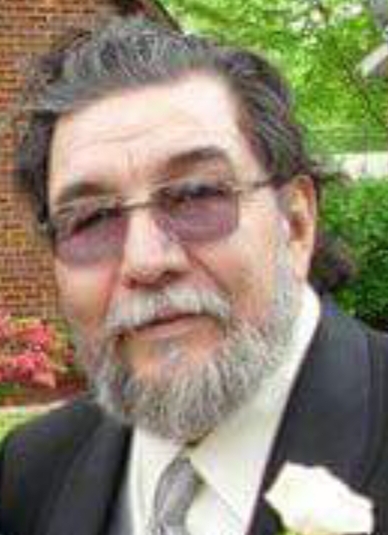 Mr. Duquette was a retired rural route mail carrier for the United States Postal Service. He was a United States Army veteran. Duke liked cars and going to car shows. He enjoyed playing darts and shooting pool. He liked football and was an avid Dallas Cowboys fan. Duke made friends wherever he went and would never hesitate to help anyone.

He was preceded in death by his parents – LeRoy and Gertrude, nee Gamez, Duquette, Sr. One brother – Gilbert Duquette.

“Death is nothing at all. I have only slipped away to the next room. I am I and you are you. Whatever we were to each other, that, we still are. Call me by my old familiar name.

Speak to me in the easy way which you always used.
Put no difference into your tone. Wear no forced air of solemnity or sorrow. Laugh as we always laughed at the little jokes we enjoyed together. Play, smile, think of me. Pray for me.
Let my name be ever the household word
that it always was. Let it be spoken without effect.

Without the trace of a shadow on it. Life means all that it ever meant. It is the same that it ever was. There is absolute unbroken continuity. Why should I be out of mind because I am out of sight? I am but waiting for you. For an interval. somewhere. Very near. Just around the corner.
All is well.    Nothing is past; nothing is lost. One brief moment and all will be as it was before only better, infinitely happier and forever we will all be one together with Christ.”  Henry Scott Holland

Memorials may be made to the Parkinson’s Association.

Funeral: A mass of Christian burial will be held at St. Agatha Catholic Church in New Athens, IL on Friday, March 8, 2019 at 10:00 a.m. with Father Mark Reyling officiating.

Interment: Burial will be held at Jefferson Barracks National Cemetery in St. Louis, MO. A luncheon will follow the burial at The Nail at 400 South Johnson Street in New Athens, IL.