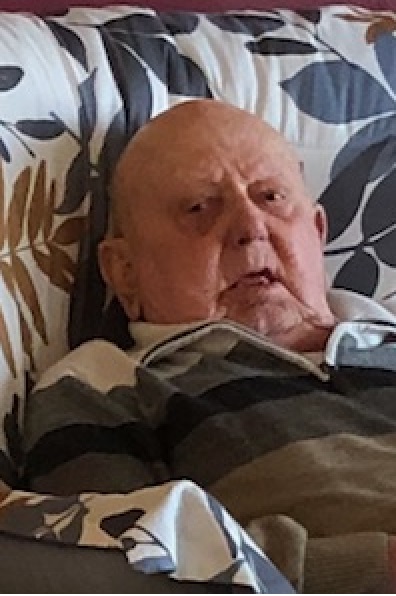 honorably served his country during WW2 as a member of the United States Navy. He was a retired truck driver.

“Worm”, as he was affectionately known, is survived by his daughter; Cheryl (Michael) Schanuel of New Athens, IL, his special brother; L.R. “Pete” Warden of New Athens, IL with whom he was inseparable, 1 sister; Geraldine (Herbert)  Delehanty of St. Charles, MO, 1 granddaughter; Nicole (Jeff) Schwahn, who was the only one he would listen to when he was ill and was with him throughout his illness, and 1 great granddaughter; Bryanne McBride who was the apple of his eye. 1 special niece; Carol (Gary) Rocca of Cadiz, KY where he and brother Pete would often visit and go for boat rides on the lake and were always treated to steaks.  He and Pete got similar treatment from special nephew Herbie (Sylvia) Delehanty of Verona, Wisconsin when they traveled up north.  He is also survived by his other dear nieces and nephews; Janet and Joseph Delehanty, Nancy (David) Hoffman, Marian (Gerry) Davis), Sherry Kramer, Fred (Brenda) Keck and Clinton (Carla) Keck, Steve (Judy) Yawites and many great and great-great nieces and nephews.

In lieu of flowers, the family urges that donations in Leonard’s honor be made to the Belleville Humane Society, St. John United Church of Christ in New Athens, IL or to the donor’s choice.