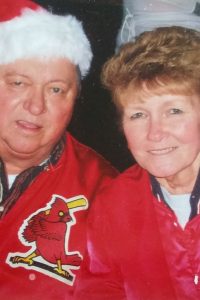 Mr. Juenger was the owner and operator of Lee’s Tavern in Marissa. He was a United States Navy Veteran serving during the Cuban Missile Crisis. He was a member of the Ainad Shiners where he served on the Directors Staff, Royal Order of Jesters, a 50 plus year member of Masonic Lodge 881, a lifetime member of Sparta VFW Post 7248 and the Marissa Rod and Gun Club.

Memorials may be made to the Alzheimer’s Association; Shriners Children’s Hospital or Heartland Hospice.

Funeral: Services will be held at Heil-Schuessler Funeral Home in Marissa, IL on Saturday, May 13, 2017 at 2:00pm.