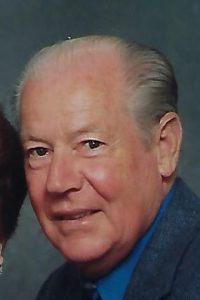 Lee was a veteran of the United States Army and was stationed in France from 1953-1955.   He worked as an auto mechanic for McKinley Chevrolet in Belleville, IL for 25 years before starting his own auto repair shop in Marissa in 1977. He retired in 1997.

Lee greatly enjoyed spending time with his many friends over the years in the Marissa/Tilden area.  He especially enjoyed visiting with his children, grandchildren and great grandchildren.

Memorials can be made to the First United Methodist Church of Marissa, IL or the Hill Prairie Cemetery Association.

No visitation times are scheduled.

Graveside services will be held at 11 a.m. on Tuesday April 12, 2022, at Hill Prairie Cemetery, Sparta, IL behind the World Shooting Complex with Rev. Don Wagner officiating.

From there go .3 miles to the cemetery on the left.