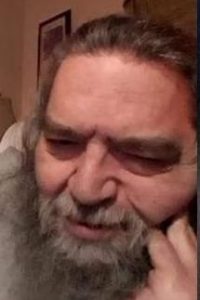 Lee Norman Kinzel, 63, left his earthly burdens to be with God on the morning of Saturday February 19, 2022. Lee lived his life with great love for children, animals and family.  He was always kind, cheerful and often humorous.  He was a US Navy veteran, an ordained minister for a time and a maintenance mechanic enjoying retirement.  He enjoyed many hobbies including model cars and collecting scale models, building dioramas, ham/cb radio and electronic gadgetry, auto restoration and racing, music, cooking and nature.

Lee was preceded in death by his father – Dorris C. Kinzel, grandparents – Ernest and Anna (Vollmer) Kinzel and Hans and Etta (Staehle) Dudeck and his beloved aunt – Juanita Dudeck.

Per his wishes, Lee was cremated.

A memorial service and interment of his ashes is being planned for later in May.