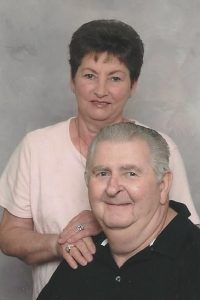 Mr. Cobb was a maintenance supervisor with Peabody Coal Company at River King Mine. He attained the rank of Staff Sergeant in the United States Air Force. He was a member of the UMWA and the Sparta VFW. He was an avid fan of the St. Louis Cardinals and Alabama Crimson Tide. Lee and his wife Pat taught dance lessons for many years. He enjoyed camping and golf. Lee never missed a game that one of his kids played in.

He was preceded in death by his parents – James and Elizabeth, nee Dobbs, Cobb. His loving wife Patricia, nee Cathcart, Cobb whom he married on May 21, 1965 at the First Methodist Church in Marissa, IL and who passed away on December 15, 2013. Also preceded in death by 1 brother and 3 sisters.

Memorials may be made to the Juvenile Diabetes Association.

Funeral: Services will be held at Heil-Schuessler Funeral Home in Marissa, IL on Tuesday, March 31, 2015 at 11:00am with Rev. Rebecca Williams officiating.