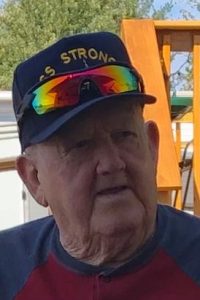 “Pete”, as he was affectionately known, is survived by a brother-in-law; Herbert Delehanty and many nieces, nephews, great nieces, great nephews and great great nieces.

In lieu of flowers, it was Pete’s wish that any memorials in his honor be made to St. Jude’s Children’s Hospital. Children were the love of his life.

Visitation:  Friends and family may gather from 4:30 to 8 p.m. on Tuesday August 17, 2021 at Heil-Schuessler Funeral Home in New Athens, IL.

Funeral: Friends and family will be meeting at Jefferson Barracks National Cemetery in St. Louis, MO at 10:30 a.m. on Wednesday August 18, 2021 for graveside services.