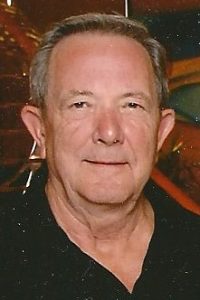 Mr. Kirgan owned grocery stores for over 42 years and was a meatcutter. He was the owner and operator of the Marissa Food Mart. He was a member of the Lions Club; Masonic Lodge; Ainad Shriners; Marissa Chamber of Commerce. He served with the Ashley Fire Dept from 1968-1983. And was a former member and past president of the Ashely Grade School Board. Larry enjoyed traveling and had visited all 50 states and serveral foreign countries. He loved woodworking and mowing grass. He was an avid St. Louis Cardinals fan. Most of all he loved his family and especially his grandchildren.

He was preceded in death by his parents – Harry and Ozelma, nee Brewer, Kirgan. One brother-in-law – John Kramm.

Memorials may be made to the Siteman Cancer Research Center.

Funeral: Services will be held at Heil-Schuessler Funeral Home in Marissa, IL on Monday, May 5, 2014 at 2:00pm with Rev. James Ryan officiating.