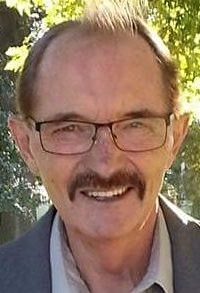 Mr. Kinzel was a truck driver. He was a United States Navy Veteran. Larry was a member of Tri County Bass Anglers Club. He was an avid NASCAR fan and especially enjoyed racing at the dirt track in Belleville. Larry also enjoyed fishing and trap-shooting. He was also involved with Marissa Cub Scout Pack 327

He was preceded in death by his parents – Norman and Elaine, nee Bagby, Kinzel. His uncle and
Godfather – Dorris Kinzel. Two brothers-in-law – Kevin Kearns; Danny Lehr.

The family would like to extend a special thank you to the caring staff of Memorial Hospital and Unity Hospice of Greater St. Louis.

In lieu of flowers memorials may be made to the Highland Animal Shelter or Unity Hospice of Greater St. Louis.

Funeral: Memorial services will be held at Heil-Schuessler Funeral Home in Marissa, IL on Thursday, January 28, 2016 at 12:00noon with Rev. Jack Spratt officiating.