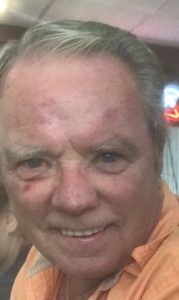 Mr. Caldwell was a maintenance worker at the Komatsu Warehouse. He enjoyed fishing.

He was preceded in death by his parents – Harold and Margaret, nee Brown, Caldwell. His wife – Nancy, nee Hendricks, Caldwell. One daughter – Glenda Kay Ward. Two sisters and one brother.

A memorial service will be held at a later date.