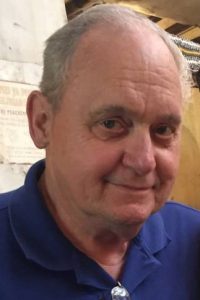 Larry Dale McBride, 77, of Marissa, IL, born January 5, 1944 in Tilden, IL, passed away on Friday November 5, 2021 at Red Bud Regional Hospital. Mr. McBride honorably served his country in the United States Army during Vietnam. Larry was a retired coal miner, a member of the United Mine Workers and also Sparta, IL VFW Post 2698. His greatest role was being “Pappy” to his three grandchildren.

Memorials may be made to St. Jude Children’s Hospital.

Visitation: Friends and family will be gathering from 4 to 8 p.m. on Tuesday November 9, 2021 at Heil-Schuessler Funeral Home in Marissa, IL.