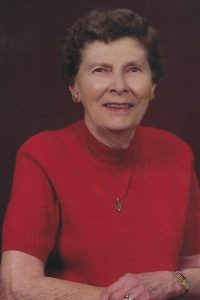 June was a banking clerk at First National Bank of Marissa and then, she was a farm wife for many years, laboring alongside her husband while caring for her two children. After her husband’s passing, she was a seamstress at Fancyworks in Marissa, IL. June enjoyed quilting, reading, watching hummingbirds, puzzling, and playing cards & other games with her family and friends. She was a member of Friedens United Church of Christ in Marissa, IL.

In addition to her parents and her husband, she was preceded in death by, her sister and brother-in-law Arvella and Elmer Lehman; her brother-in-law Dale Fulton; and, her nieces Nancy Lehman Young and Debra Lehman.

Memorials may be made to Friedens United Church of Christ

Funeral: Services will be held at Heil-Schuessler Funeral Home in Marissa, IL on Friday, December 2, 2016 at 10:00am.