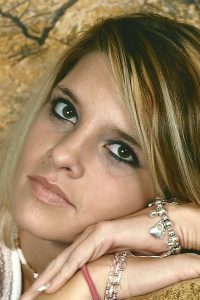 Lacey was a homemaker and loving mother. She enjoyed cheerleading and playing volleyball.

Memorials may be made to the family and will be placed in a trust for Kayden and Kaeli.

Funeral: Memorial services will be held at Heil-Schuessler Funeral Home in Marissa, IL on Wednesday, July 24, 2013 at 1:00 pm with Rev. Wilbur Franklin officiating.