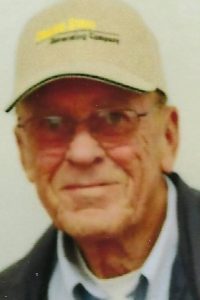 Mr. Castle worked for 30 years at the Baldwin Energy Complex where he started as a Control and Instrument Technician and retired as a Senior Analyst of Plant Systems.  Kenneth was a veteran of the Vietnam War, where he earned several decorations and commendations during his 9 years of service. “Butch” entered the United States Navy in the summer of 1965. During his tenure of service, he was assigned on three different aircraft carriers USS Ticconderoga, USS Kitty Hawk, and the USS Constellation. During his assignments Butch was the electronics specialist aboard the A-3 Skywarrior and flew various missions during the Vietnam war. The discipline and patriotism he learned in the Navy never left him, as friends and family will attest. He was a member of the Baldwin American Legion.  Butch was very computer savy.  Most of all he loved spending time with his grandkids.

He was preceded in death by his parents – Odell and Hazel, nee Jones, Castle.  One brother – Jerry Castle.

Memorials may be made to the Baldwin American Legion.