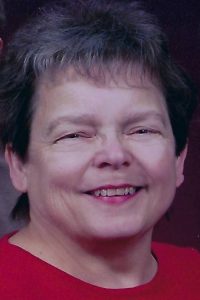 After graduating from Marissa High School, Mrs. Trotter worked as a secretary at Laclede Steel and then spent 31 years as a clerical aide at the Marissa Grade School.  She was a member of Friedens United Church of Christ in Marissa where she taught Sunday school for many years.  She was a former member of the church council, including terms as treasurer and council president.  She was also a member of the board of the New Athens Home for the Aged for six years.  She was the first girls’ volleyball coach at Marissa Grade School when they began the program in the late 1970’s.  She enjoyed sewing and watching professional and school sports, especially when her nieces Taylor and Macey Schreiber were participating.  She also enjoyed traveling, taking cruises to Alaska and Europe and spending many vacations in Colonial Williamsburg, VA.

She was preceded in death by her parents – Kenneth and Dorothy, nee Knippel, Groh.

Memorials may be made to Friedens United Church of Christ or the New Athens Home for the Aged.

Services: Due to restrictions that are in place during the coronavirus outbreak a private graveside service will be held.  A celebration of Kay’s life will be held at a later date.