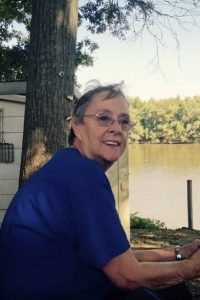 Katherine “Sue” Heinemeyer, 74, of Sparta, IL; born on December 25, 1948 in Evansville, IN the daughter of Morgan and Dora Gray (Towery) Murray; passed away on Sunday, December 25, 2022 in Sparta, IL surrounded by her loving family.

Sue enjoyed going to the casino and taking cruises with her husband.  She had a sweet tooth for chocolate cake and Coca-Cola.  Sue loved her grandkids and she was always the “supervisor” of the family.  Everyone looked up to her for guidance.  Forever, people that knew Sue will remember her saying, “Daaaaaaaaaviiiiid”.

Sue was preceded in death by her parents and two brothers – Bill Murray and John Wayne Murray.

Memorial contributions may be made to the Austin Wade Foundation.