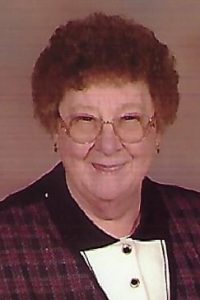 Katherine Christine Neilson, 86, of Sparta, IL went to be with our Lord on Saturday, September 22, 2018 after a long bout with cancer.

She graduated from Lincoln High School in 1950 and went on to graduate from Deaconess School of Nursing in 1953.  Christine was a Registered Nurse at Red Bud Hospital for 40 years in the OB Department.  She was a member of the First United Methodist Church in Sparta.  After retirement Christine loved traveling with her husband to Montana and spending time with her grandchildren.  Most of all she loved her family.

Funeral: Services will be held at the First United Methodist Church in Sparta, IL on Tuesday, September 25, 2018 at 11:00am with Rev. Jerry Haley officiating.