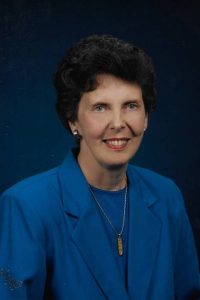 Katherine A. Bohn, 81, formerly of Sparta, Illinois, died peacefully on March 25, 2019, in Vancouver, Washington, at The Quarry Senior Living.

She was a devoted and well-loved wife, mother, and grandmother. She faithfully made a home for her family wherever the United States Air Force sent them: Germany, Japan, Washington DC, Scott AFB. In the 1990s, she was a medical transcriptionist in Belleville, IL, and a Westminster Presbyterian Deacon. During the 1970s and 1980s, she was active in the Officers Wives Club: writing a weekly column, chairing their Welfare Committee, and compiling a cookbook, Gluten Appetite, to fund that committee. She had a sincere faith in Jesus Christ as her personal savior.  She had a great love for animals, especially dogs.  Katherine will be missed by her entire family.

Memorial contributions may be made to Guiding Eyes for the Blind.

Funeral: Services will be held at Bethel Reformed Presbyterian Church in Sparta, IL on Monday, April 8, 2019 at 11:00 a.m. with Rev. Alex Eppstein officiating.

Interment: Burial will be in Caledonia Cemetery in Sparta, IL.