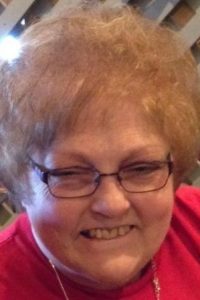 Mrs. Hanna worked for many years as a bookkeeper for the Church of God Missionary Board. She attended Anderson University and graduated with honors with a bachelor’s degree in business. She was a member of Parkplace Church of God in Anderson, IN and attended Friedens United Church of Christ in Marissa, IL. Most of all Karen was a loving wife and a wonderful mother and grandmother.

She was preceded in death by her parents – Paul and Thelma, nee Jones, Whalen. One daughter in infancy – Christina. One brother – Russell Whalen.

She is survived by her husband – Larry Hanna whom she married on June 17, 1969 in Chesterfield, IN. Her children – Christopher (Joyce) Hanna of Valparaiso, IN. Patricia (Joseph) Woodley of Columbus, OH. Her grandchildren – Isaiah Woodley; Makaila Devaney; Ava Devaney; Brenner Hanna. One sister – Janice Whalen-Fitts of Culpepper, VA.

Memorials may be made to Juvenile Diabetes Research Foundation at www.jdrf.com.

Funeral: Services will be held at Rozelle-Johnson Funeral Home in Anderson, IN on Friday, December 29, 2017 at 11:00am.

Interment: Burial will be held in Maplewood Cemetery in Anderson, IN.