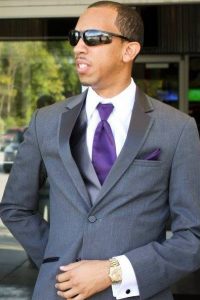 Justin Ricci Lanton, 29 of Sparta, Illinois passed away peacefully at 7:37 p.m. Thursday, May 7, 2020 at his uncle’s residence in Coulterville, Illinois.

Justin was born on September 28, 1990 in Sparta, IL to Mickey and Marian Lanton nee Rhiney.

Justin was a graduate of Sparta High School.  After high school Justin worked for Sparta Community Hospital and attended Southwestern Illinois College. After completing his studies at SWIC Justin transferred to St. Louis Funeral College and earned his certification in funeral service. Once completing mortuary school Justin changed majors and earned his Bachelor’s degree in business. Justin had previously sold cars for Meyer Honda before opening Lanton Insurance Agency selling Farmers Insurance. Justin also opened and operated Rock Star Gaming Bar and Casino in Steeleville, IL. In 2015 Justin was a candidate and ran for Sparta City Council. Also, he loved to draw and was passionate about art. Justin recently gave away several of his favorite drawings.

Justin’s wishes were to donate his body to science in hopes that research may help save the lives of others. Memorials may be given to the family for their wishes.

Due to restrictions that are in place during the coronavirus outbreak a celebration of Justin’s life will be held at a later date.

Arrangements are entrusted to Heil-Schuessler and Sinn Funeral Home in Sparta, IL