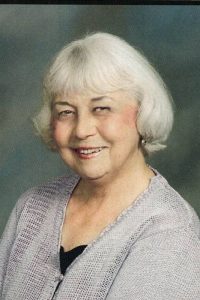 June was a graduate from Sparta High School and attended college at Millikin University.  On August 31, 1947 June married Rollin Elwyn.  She worked as a bookkeeper at Elwyn’s Cleaners in Sparta.  June was a life member of the Westminster Church in Sparta.  She was an organist and pianist that played for over 70 years at the church.  One of her favorite hobbies was quilting, and she made some of the best quality of handmade quilts.

Memorial Contributions may be made to the Sparta Community Chorus or the Westminster Presbyterian Church in Sparta.

Online condolences may be expressed at www.heilschuessler.com.

Funeral: Services will be held in the Westminster Presbyterian Church in Sparta, IL on Saturday, May 29, 2021 at 11:00 a.m. with Julie Post officiating.

Heil – Schuessler & Sinn Funeral Home in Sparta, IL is in charge of arrangements