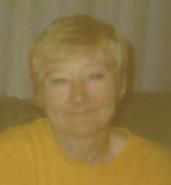 Judy was a clerk for many years and worked at various businesses in Marissa. She enjoyed card playing.

She was preceded in death by her parents – Harold and Margaret, nee Brown, Caldwell. One brother and one sister.

Memorials may be made to the donor’s choice