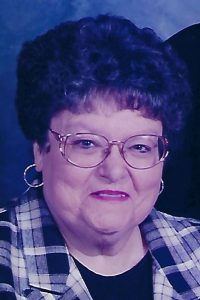 Joyce C. Weber, nee Harriss, 78. of New Athens, IL, born December 23, 1942 in Belleville, IL, passed away on Sunday June 20, 2021 at the New Athens Home for the Aged. Mrs. Weber was a homemaker but had worked at Mallinckrodt Medical Assembly in New Athens, IL for about 10 years.

She was preceded in death by her parents; Cleo and Viola (Lampe) Harriss, her husband of 58 years; Eugene W. Weber, whom she married on October 28, 1961 at St. John Lutheran Church in Sparta, IL and who passed away on May 24, 2020, one grandson; Corey T. Weber and one brother; Allen Harriss.

Memorials in Mrs. Weber’s honor may be made to the New Athens Home for the Aged or to St. Paul Lutheran Church in New Athens, IL.