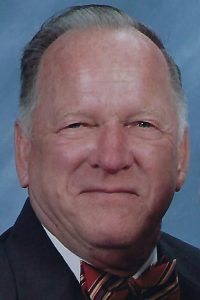 Joe was a Korean War Air Force veteran and was a member of the First Baptist Church, Marissa, IL. He retired from Civil Service, Department of the Army in 1990.

He was preceded in death by his father and step-mother – Joseph and Stella Orzechowski, Sr. and his mother – Mary Wojnar.

Memorials may be made to Heartland Hospice.

Funeral: Services will be held at the First Baptist Church in Marissa, IL on Saturday, November 11, 2017 at 2:00pm with Pastors Jim and Deb Harkness officiating.