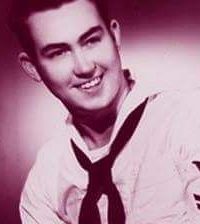 Mr. Young served for 21 years in the United States Navy in the Hospital Corp as a medical technician. After his military service he worked as a postal carrier in Marissa. He was a faithful member of the Marissa Presbyterian Church where he served as a trustee, participated in Sunday school and attended the men’s breakfast gathering. He was also known for his welcoming smile as a greeter on countless Sunday mornings. John also greatly enjoyed gardening.

He was preceded in death by his parents – John and Madge, nee Lewis, Young, Sr. One son – Brian Young. One daughter – Mary Baker.

Memorials may be made to the Marissa Presbyterian Church

Visitation: Friends may call at the Marissa Presbyterian Church on Saturday, September 2, 2017 from 9:00am to 11:00am.

Funeral: Services will be held at the Marissa Presbyterian Church on Saturday, September 2, 2017 at 11:00am with Rev. James Ryan officiating.