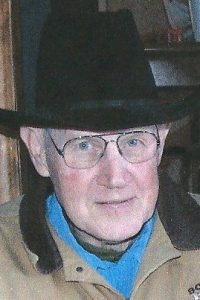 John R. Witthoft, 73, of Marissa, IL; born June 6, 1938 in Campbell Hill, IL; passed away on Tuesday, March 20, 2012 at Memorial Hospital in Belleville, IL after a long and gallant battle with an extended illness.

John was a coal miner and a truck driver. He led his life as an example of faith and determination. He was a friend to all and was always willing to help anyone in need. His friendly and outgoing personality was enjoyed by all who knew him. He will be sadly missed by family and friends. He grew up on a farm and his love of horses remained his entire life. He was an avid woodworker. We were all blessed to have had him in our lives and will remember him as a loving husband, father and grandfather.

He is preceded in death by his father – William Witthoft. 4 brothers and 1 granddaughter.

Funeral: Services will be held at the Heil-Schuessler Funeral Home in Marissa, IL on Friday, March 23, 2012 at 11:00am with Rev. Rebecca Williams officiating.

Memorials: Memorials may be made to the First United Methodist Church of Marissa, IL.

Interment: Burial will be held at Marissa Township Cemetery in Marissa, IL.